Grow Your Business with Traverse Connect

Please join us on Wednesday, May 18 from 11:30 a.m. to 1:00 p.m. at Grand Traverse Resort & Spa as we honor and celebrate the 2021 Distinguished Service Award recipient, Michael A. Ascione. 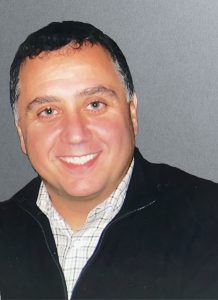 Michael A. Ascione, the former President and CEO of American Waste, was selected by the Traverse Connect Board of Directors to receive the Distinguished Service Award. The DSA is among the region’s oldest and most prestigious civic awards, presented annually since 1929.

Michael Ascione will be honored at the Distinguished Service Award Luncheon in May 2022. The award will be presented to his wife Jeanne, and children Marina and Alex, by the 2020 DSA Recipient, Jan Warren.

About the DSA Award: The award is a 90-year tradition that annually recognizes a local resident for his or her efforts to improve the lives of people living and working in the Grand Traverse area. The DSA honors business leaders, public servants, patrons of area arts, naturalists, and those from a host of other backgrounds who’ve worked and given tirelessly to improve the region, according to Traverse Connect.

Thank you to our Presenting Sponsor Blue Cross Blue Shied of Michigan and our Supporting Sponsor Munson Healthcare.